SUBMIT A REPORT
#InTheMoodForLaw
We Monitor the Rule of Law 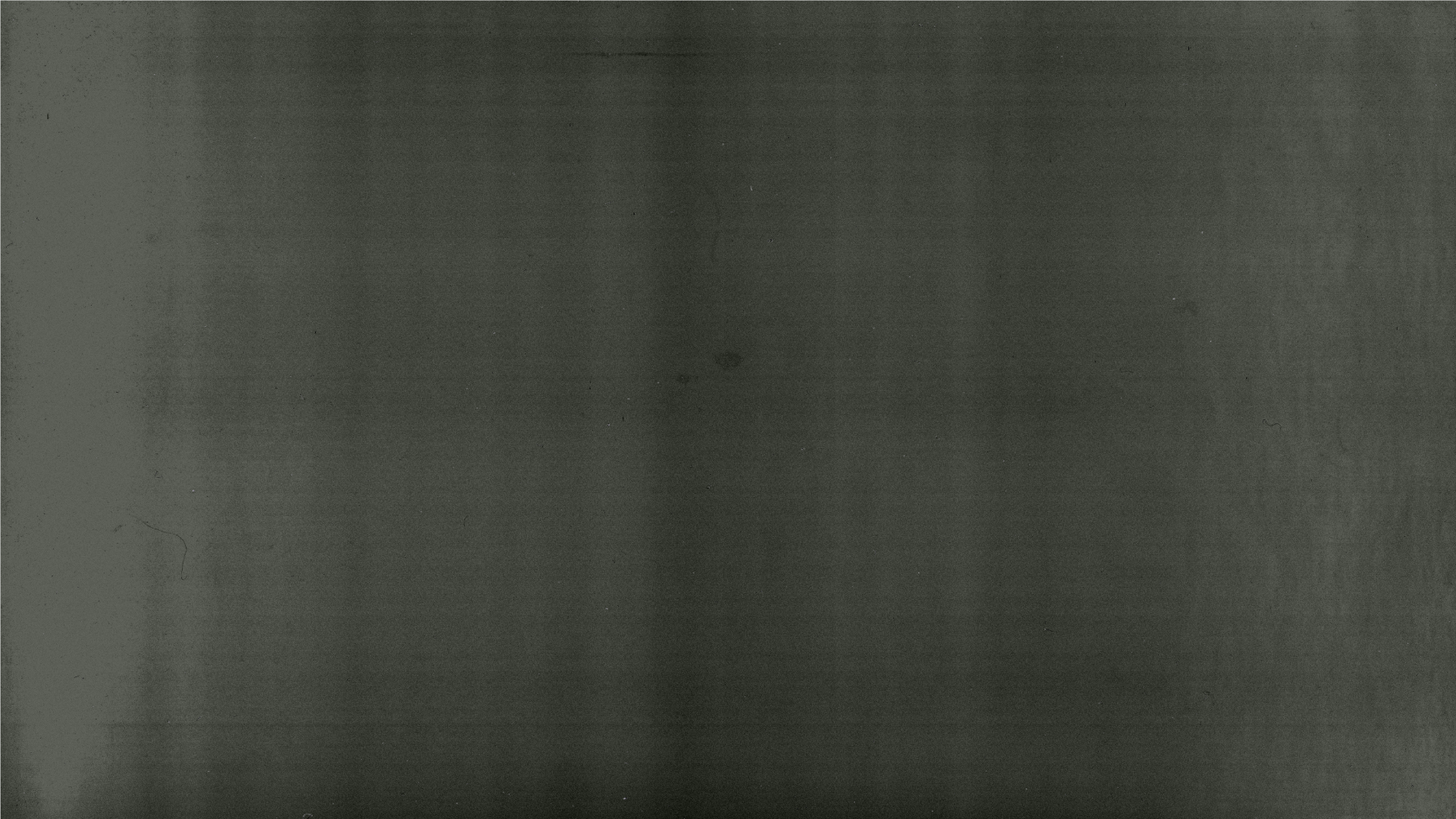 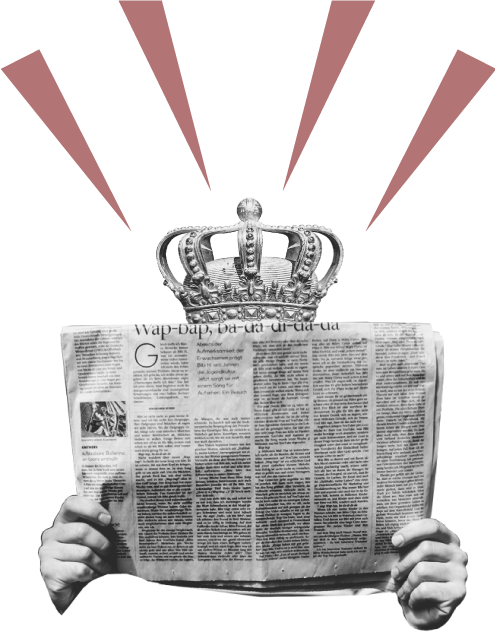 Govwatch monitors the state of the rule of law in Greece.

Govwatch is an independent, not-for-profit initiative by Vouliwatch. It collects, records and reports violations or suspected violations of the rule of law in Greece, by theme. Govwatch aims to provide a source of information for citizens and institutions, to enable civil society to highlight wrongdoing, and to increase accountability in the political system. Govwatch is also available in English so that its findings can have an impact abroad, especially in relevant international organisations such as GRECO and the European Commission.

The picture that Govwatch paints of the state of the rule of law in Greece is made up of reports not just from the Govwatch team, but also from civil society organisations, journalists, academics, and citizens.

The collection and recording of Govwatch reports has been carried out in chronological order starting from 2021, retrospectively to 2015, by subject and by the date of the pertinent decisions and opinions of international, European or domestic organisations.

** The events currently included in Govwatch cover the years 2021 and 2022 (indicatively, rather than exhaustively). Our team continues to research, collect and record cases, both going forward into 2022 and beyond, but also looking back at the last few years up until 2015, aiming to provide a complete and current record of the state of the rule of law in Greece.

What do we mean by the ‘rule of law’?

At its core, the rule of law is an ideal and an aspiration which is essential for the maintenance of a free, democratic and just society, and towards which the members of a society should constantly strive.

The rule of law is a principle of governance under which all persons, institutions and entities, public and private, including the state itself, are accountable to the law.

In a society that adheres to the rule of law, the law is known and easily accessible, enforced equally and independently, and governed by the supreme rules of international law and international human rights standards.

In a society that adheres to the rule of law, all public authorities act within legal boundaries, in accordance with the values ​​of democracy and fundamental rights, and under the scrutiny of a free press and independent and impartial courts.

Adherence to the rule of law ensures the observance of the basic principles of a democratic society. These include tenets such as equality before the law, legal certainty, the avoidance of arbitrariness, the independent and prompt administration of justice (the presumption of innocence and the lawful imposition of penalties), the separation of powers, and open and free criticism of the law and the administration. Also required are good legislative practices, participation in decision-making, and transparency and accountability in the political system.

The choice of topics was based on the dominant rule of law issues in Greece and on the two most basic principles of the rule of law – the supremacy of the law, and its observance not only by citizens, but above all by state power and the public administration.

Reports of non-compliance with the rule of law

Govwatch reports of violations or suspected violations of the rule of law in Greece are submitted by our team of experts, civil society, citizens, journalists and academics. The cases are presented in a simple and direct way, with the fullest possible referencing and evidence provided, as well as the legal background. We want our reports to be fully evidenced but also accessible and  direct in order to inspire citizens to submit their own reports.

This category includes detailed articles by the editorial team, by renowned members of the journalistic and academic community, as well as activists specialising in the relevant topic. The articles are presented by category and sub category, and indicate whether they were written specifically for Govwatch or reproduced from previous posts/publications.

Submit a report if you have detected a violation of the rule of law!
SIGNED REPORT VIA DEDICATED FORM ON GOVWATCH
ANONYMOUS REPORT VIA GLOBALEAKS
How to submit a report
1.
Category selection

You can submit a signed report to Govwatch using the special form, or if you would like to submit a report anonymously, you can do so using the Globaleaks tool.

Provide any relevant data and documentation required to verify the report.

After you submit a report it will be evaluated by the govwatch team. If it is found to be factually correct and sufficiently backed up by relevant evidence, it will be published in the Reports section. The Govwatch team reserves the right not to publish a report if it is incomplete or violates the Govwatch code of conduct.

GlobaLeaks is an open-source, free software intended to enable secure and anonymous whistleblowing initiatives for the purpose of, for example, reporting crimes and human rights violations, and to promote the values ​​of transparency and the fight against corruption. 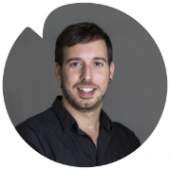 Stefanos Loukopoulos
Project Coordinator
Stefanos is the Co-founder and Director of Vouliwatch. He studied Politics, International Relations and International Conflict Analysis in the UK and Belgium. He has extensive experience working in the civil society sector both in London and Brussels. Prior to his involvement in the NGO sector Stefanos worked at the European Parliament in Brussels. He is an advocate of the bottom-up approach in politics, active citizenship and deliberative democracy. Stefanos is the Co-founder and Director of Vouliwatch. He holds a BA in Political Science, an MA in International Relations and one in International Conflict Analysis. He completed studies in the UK and Belgium. Previously Stefanos worked in the NGO sector both in London and Brussels as well as in the European Parliament. He is a founding member of the international association “Parliamentwatch Network”. Stefanos is actively involved both at national and international level in the fields of open government, parliamentary openness, civic technology, political accountability and the freedom of access to information. 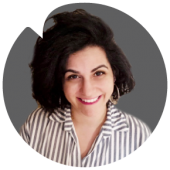 Christiana Stilianidou
Contributor & Researcher
Christiana is a lawyer and the coordinating editor of the scientific e-zine “CrimeTimes” issued by the Center for the Study of Crime. She graduated in 2015 from the National and Kapodistrian University of Athens with a degree in Law. In 2017 she completed a Masters degree on “Criminal Sciences” from the same University and since 2020 she has embarked on a second postgraduate diploma in “Phorensic Psychiatry”. 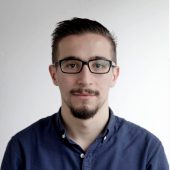 Thodoris Chondrogiannos
Contributor & Researcher
Thodoris Chondrogiannos is an investigative reporter. He graduated from the Athens Law School in 2015, but soon realized that he loved narrating stories and devoted himself to journalism. In 2015 he moved to Germany, where he worked for Offener Kanal, and in 2018 he attended the Summer Investigative Reporting Course at Columbia University. He has worked for Greek and international media, such as Investigate Europe, Reporters United, VICE, Inside Story, Popaganda, RAI, Mediaset and ZDF. He speaks Greek, English, German, Italian and Russian. In 2019 he created his first feature documentary entitled “Silent Fish”, which addresses the issue of overfishing in the Mediterranean in the era of climate change. 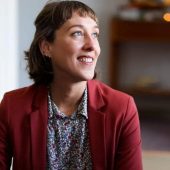 Alexia Eastwood
Translator & Editor
Alexia was born in the UK and holds a BA in European Studies and an MA in Development and Rights. She has worked in the not-for-profit sector in the UK and for the UK Foreign Office in Brussels, and now lives in Athens working as a writer/editor, and translating from Greek to English. 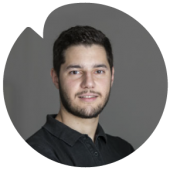 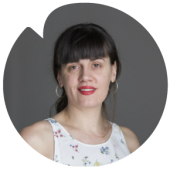 Maria Nathanail
Communications Officer
Maria is Vouliwatch's Head of Communications & Legal Analysis. She has studied Law, International Law and Gender Studies, in Athens and Paris. She has worked as an NGO legal adviser, an Attorney at Law, a Press Attachee of the Athens International Film Festival and has co-founded “MakeEndsMeet Communications” creative agency. She strongly believes in the power of arts, innovation and everyday politics.
Who do we work with?
Teamwork makes the dream work! Govwatch aims to highlight, expose and promote incidents and practices of non-compliance with the rule of law. To achieve this, we work with civil society organisations and members of the journalistic and academic community, as well as citizens. We thank all contributors warmly for their valuable input, without which Govwatch would be poorer in content and impact.

Hellenic League for Human Rights
Support govwatch
DONATE
Sign up to Vouliwatch's newsletter
REGISTER
Sign up to our newsletter
Submit your report
Means of reporting *
SIGNED REPORT
Via Govwatch's form, where once crosschecked for their validity, they are published along with the name of the person that submitted them.
ANONYMOUS REPORT
Via GlobaLeaks, so as to secure the protection of the identity of the person submitting the report.
Submit your report
Thank you for your contribution!!
Govwatch's team will verify the validity of the submitted report along with its relevant documentation and may contact you for clarifications.
Back to homepage
Make a donation