“Freedom of Assembly at Risk”: Amnesty International report denounces unlawful use of force in the era of COVID-19 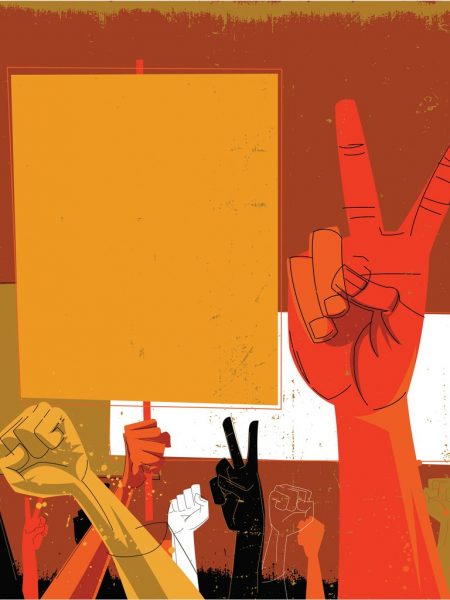 Thodoris Chondrogiannos
“Freedom of Assembly at Risk”: Amnesty International report denounces unlawful use of force in the era of COVID-19

In the summer of 2021, Amnesty International published a report showing how the systematic and long-term unlawful use of force by police authorities jeopardises the constitutionally guaranteed right of assembly.

In July 2021, Amnesty International published an extensive report revealing that in the era of COVID-19, the Greek authorities have used arbitrary arrests, blanket bans, unjustified fines and the unlawful use of force to curb peaceful protests. These protests had been called to demonstrate against a number of issues, including the unlawful use of force by police, gender-based violence and problems in the National Health System.

In its report, which covers the period from November 2020 to March 2021, Amnesty International highlights a number of unlawful practices by the Greek authorities during protests and demonstrations. The right to assembly is provided for in Article 11 of the Constitution.

The report details that: “The Greek authorities unlawfully interfered with and failed to facilitate the right to freedom of peaceful assembly by introducing blanket bans and dispersing peaceful assemblies including by resorting to unnecessary and excessive use of force…Interviewees described how police resorted unnecessarily and excessively to the use of water cannon and chemical irritants against peaceful protesters. Some spoke of police hitting them with batons on their heads and using stun grenades in a way that could cause considerable injury including hearing problems.”

Amnesty International also makes serious allegations of torture or other ill-treatment in police custody, one example of which is the case of Aris Papazacharoudakis, a 21-year-old protester. The police detained and interrogated him in connection with the clashes and the injury of a police officer that took place during a demonstration against police violence on March 9, 2021. Here he describes his treatment:

“…(T)hey asked me to talk about the place from where they took me (and) where my (political) collective was hosted…, and as long as I did not respond I was beaten up more…They were throwing me from my chair, they were lifting me from my handcuffs and I felt that my shoulders would dislocate… It was a process of non-stop beating….”.

Amnesty International also reports that in a protest in Ioannina, protesters said that some police officers identified themselves as members of the far-right Golden Dawn party. A person who participated in the student demonstration in the city on November 17, 2020 told the organization:

Report Investigation into an incendiary device thrown by a police officer…

“…Some police officers said ‘I belong to Golden Dawn, you are dead’…At some point when I had fallen on the ground… before I got up, they threw stun grenades directly at us…I gave a mighty scream because the (stun grenade) exploded before my eyes and next to my left ear…When I tried to stand up…, a police officer who was behind me caught me from my clothes…They hit me at that point on my head… tore some of my clothes and threw me on the ground and got me to a spot away from the other students and from the cameras and there were five to six police officers beating me up…”

The report concludes that the Greek authorities should end the criminalization of peaceful assembly and annul the fines against peaceful protesters, lawyers, women’s rights activists and other individuals who were arbitrarily arrested in November and December 2020. Any charges against them for allegedly violating public health rules should be dropped, and an immediate and thorough investigation should be conducted into all the human rights violations by law enforcement officials documented by Amnesty International.

In a state that adheres to the rule of law, the government and the authorities must take measures for the protection and effective exercise by citizens of the right of assembly, which is guaranteed in Greece by Article 11 of the Constitution.

However, according to Amnesty International’s report the Greek authorities have used arbitrary arrests, blanket bans, unjustified fines and the unlawful use of force to quell peaceful protests, endangering that right.