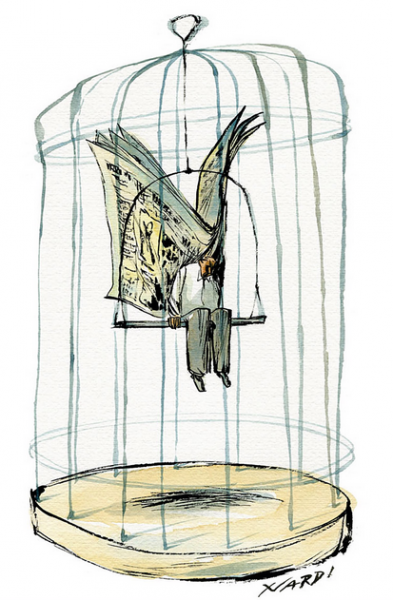 Law 4855/2021 amends Article 191 of the penal code for the offense of spreading false news. This change considerably expands the scope of the application of this criminal provision, as a result of which a variety of behaviors can now be considered as criminal. This restricts other fundamental rights, such as the freedom of expression and the freedom of the press.

Law 4855/2021 “Amendments to the Penal Code, the Code of Criminal Procedure and other urgent provisions”, makes extensive changes to the new Penal Code (PC) and the new Code of Criminal Procedure (CCP). Among the provisions that have been amended is that of Article 191 of the PC concerning the dissemination of false news. With the enactment of Article 36 of law 4855/2021, the scope of the crime of spreading false news was greatly “expanded”. (For an overview of the changes, see p. 25 of the comparative table, and for a look at the purposes they serve see p.124 of the explanatory memorandum and this CNN article.)

The law now provides that, “whoever, publicly or through the internet, creates or distributes in any way, fake news that may provoke anxiety or fear in citizens, or shake citizens’ trust in the national economy, defence capabilities or public health,  is punishable by imprisonment of at least three (3) months and a fine. If the act was repeatedly committed through the press or via the internet, the perpetrator is punished with imprisonment of at least six (6) months and a fine. The owner or publisher of the instrument with which the acts of the previous paragraphs were performed shall be punished with the same punishment.”

Evidence of the crime is provided by the potential of any false news to cause anxiety or fear or to shake the trust of the public, and is based therefore on the existence of risk itself, without the need for any result/damage. In this way, the range of behaviors that can be punished under this provision increases and it becomes unclear and unlimited which behaviors are ultimately criminally reprehensible. This in turn leads to the excessive restriction of other constitutional rights.

Despite the fact that dealing with the phenomenon of misinformation is generally considered as an acceptable and perhaps imperative need, the criminalization of such behavior must take place with caution (see among others F. Spyropoulos, A. Lemontzis and A. Emilianid). This is because such a provision may excessively restrict or violate constitutional and fundamental rights, such as freedom of expression, the right to information, freedom of the press and the protection of scientific inquiry (see remarks by the Hellenic Union of Judges and Prosecutors and this press release by the Hellenic League for Human Rights). The rights in question are the rights guaranteed under Articles  5, 5Α, 14, 16  of the Constitution, Article 10 of the ECHR and Article 11 of the EU Charter of Fundamental Rights.

The dangers and limitations that these changes to Article 191 represent to the above mentioned rights provoked a number of reactions, especially in the press. (See the  Journalists’ Union of Athens Daily Newspapers, Media Freedom Rapid Response contributors, and Human Rights Watch as well as articles in the Efimerida ton Syntakton and in Kathimerini (1, 2). According to the website koutipandoras.gr, concerns were also expressed by the European Commission.

In response to these reactions, pages 152-153 of the explanatory memorandum explain that, “it is considered that there is no restriction of the right to free expression according to Article 14S, but rather an adjustment to the way it can be exercised, so as to be consistent with the protection of public health and human life”. 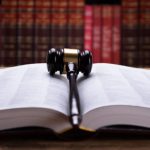 This explanation does not suffice to allay concerns, however, and the Scientific Service of the Parliament (see p. 9 of its report) also expressed misgivings about whether the restrictions imposed by the amendment of Article 191 are compatible with the Constitution and the ECHR. The relevant debates in Parliament also saw heated debate and intense controversy (see G. Livitsanos and this article in Naftemporiki).

Despite these concerns, the amendment to Article 191 of the Penal Code was passed by Parliament, with all that that implies for the restriction of the constitutional and fundamental rights described above.

The protection and respect of fundamental rights is one of the most fundamental manifestations of the rule of law. Freedom of expression, the right to information and in particular freedom of the press and pluralism of the media, in addition to being components of the rule of law, are also crucial to the existence of democracy itself.

For this reason, any restrictions of the above rights should be compatible with what is required by the Constitution, the European Convention on Human Rights and the Charter of Fundamental Rights, as these issues have been interpreted by the case law of the respective courts, especially the European Court of Human Rights.

In this case, however, the changes to Article 191 of the Penal Code with Article 36 of law 4855/2021, resulted in many serious concerns regarding the impact that this provision will have on freedom of expression and freedom of the press.