Investigation records 1,018 incidents of `drift-backs’ of refugees by the Greek authorities 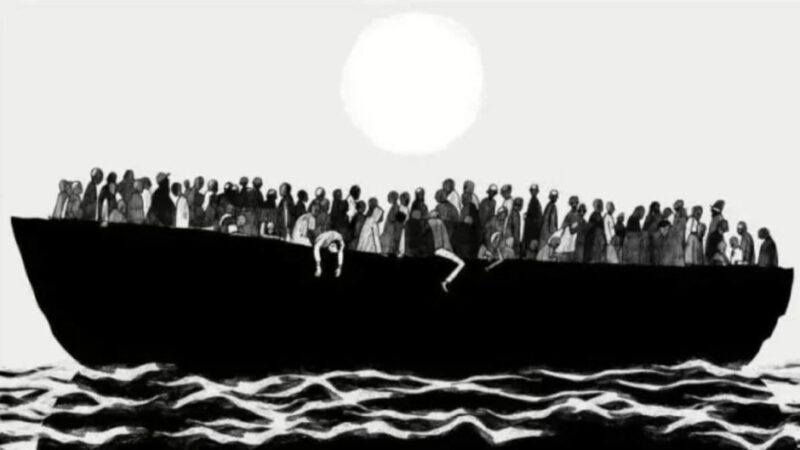 Thodoris Chondrogiannos
Investigation records 1,018 incidents of `drift-backs’ of refugees by the Greek authorities

New research by Forensic Architecture and Forensis finds that between March 2020 and March 2022, the Greek authorities carried out 1,018 ‘drift-backs’ in the Aegean involving at least 27,464 asylum seekers, in violation of international law and the country’s commitments to protect refugees.

On 15 July 2022 Forensic Architecture, a research center based at Goldsmiths, University of London, and Forensis, its sister organization in Berlin, published a new interactive platform documenting how, over two years (March 2020-March 2022) the Greek authorities carried out 1,018 drift-backs involving at least 27,464 asylum seekers.

Since March 2020, migrants and refugees crossing the Aegean Sea describe being intercepted within Greek territorial waters, or arrested after they arrive on Greek shores, beaten, stripped of their possessions, and then forcefully loaded onto life rafts with no engine and left to drift back to the Turkish coast.

‘Drift-backs’, as the practice of abandoning asylum seekers at sea has come to be called by some, have become routine occurrences throughout the Aegean, often resulting in injuries and drownings.

‘Drift-backs’ are manifestly illegal and contravene international protocols including the inalienable rights to apply for asylum and to seek rescue at sea.

According to Solomon’s journalistic team, which presented the findings of the interactive platform in Greece, most of these incidents are recorded in the wider maritime area of Lesvos, where 386 incidents are identified. They are followed by Samos with 194, Chios with 126, Kos with 120, Rhodes with 89 and the rest of the Dodecanese, with 86 pushbacks.

Report Allegations that immigrants were forced by Greek police to participate…

Despite official denials, the European Border and Coast Guard Agency Frontex appear complicit, as operational records show direct involvement in at least 122 incidents and knowledge of another 400, which official records present as “deterrents to entry”.

At least three cases took place in the presence of a German NATO ship which patrols the Greek-Turkish sea border. 26 cases were recorded where people were thrown directly into the sea by the Hellenic Coast Guard, without the use of any flotation device. In 2 of these cases, the people were found handcuffed. 11 people were documented to have drowned during a drift-back, and at least 4 more went missing.

The research by Forensic Architecture and Forensis also records specific incidents. A detailed account describes that in July 2021, 35 Kurdish refugees who arrived in Antikythera in their attempt to cross the Aegean to reach and seek asylum in Italy, were sent back to Turkey. Another 17 people were repatriated from Samos to Turkey in February 2022.

This evidence raises the issue of the violation of international law, as the refoulement of refugees, according to the former President of the European Court of Human Rights (ECHR) Linos-Alexandre Sicilianos, is prohibited by Article 33 of the 1951 Convention on the Status of Refugees, also known as the Geneva Convention.

In a state governed by the rule of law, the authorities must refrain from illegally repatriating refugees and migrants from their territory. Therefore, and in the context of international law, Greece must ensure effective international protection procedures, which will protect applicants from war, non-democratic regimes and other risks in their countries of origin.

However, these reports suggest that the Greek authorities have carried out 1,018 drift-backs involving at least 27,464 refugees, in violation of international law and the country’s international commitments to protect refugees.