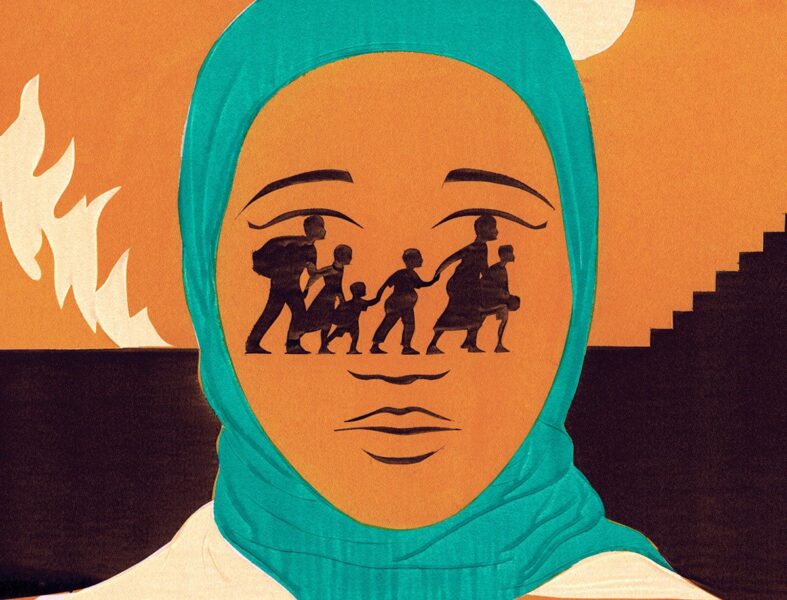 Three cases of the mass refoulement of refugees in violation of international law are documented in a new report by the Border Violence Monitoring Network (BVMN), an independent network of organizations and associations that monitors human rights violations at the EU’s external borders.

The report shows that these pushbacks, which took place in Evros between May 24 and June 12, 2022, resulted in a total of 206 asylum seekers, including unaccompanied children, being unlawfully returned to Turkey, despite the intervention of the European Court of Human Rights (ECtHR) obliging the Greek authorities to allow the refugees access to Greek territory.

The first case took place between May 24 to 27. The Greek Council for Refugees (GCR) and Human Rights 360 (HR360) were made aware that 93 refugees, among them 30 children (some of them unaccompanied), were on a Greek island in the river Evros. Despite informing the authorities and interim measures granted by the ECtHR which obliges the Greek government not to remove the refugees from the country, they were sent back to Turkey.

The second case took place between May 31 to June 6. The same organisations were informed that 52 refugees, some of whom were also in the previous group that had been sent back a few days earlier, were abandoned by the Turkish authorities on an islet of Evros within the Greek border. In this case too, the authorities were informed and the ECtHR granted protective measures, but once again the refugees were sent back to Turkey.

The third case, which took place between June 1st – 12th, initially led to 28 refugees being returned to Turkey from an islet in Evros. They re-crossed the border to Greece, along with five more people. The authorities and Frontex were notified, and the ECtHR again granted interim measures, but the refugees were eventually sent back to Turkey.

Report Allegations that immigrants were forced by Greek police to participate…

According to the testimonies of the refugees, the pushback operations involved not only members of the security forces, but also people who hid their features and spoke Arabic. This reinforces the allegations that the Greek authorities use third-country nationals in push back operations, which was also confirmed by an international investigation published in June 2022 (1, 2, 3, 4, 5).

“This report from the Border Violence Monitoring Network provides an in-depth analysis of the human rights cost of the Greek government’s current policy on migration and asylum,” says the UN Special Rapporteur on the situation of human rights defenders, Mary Lawlor, in the preface to the BVMN report.

This evidence raises the issue of the violation of international law, as the push back, or refoulement, of refugees, according to the former President of the European Court of Human Rights (ECHR) Linos-Alexandre Sicilianos, is prohibited by Article 33 of the 1951 Convention on the Status of Refugees, also known as the Geneva Convention.

In a state governed by the rule of law, the authorities must refrain from illegally repatriating refugees and migrants from their territory. International law requires that Greece must ensure effective international protection procedures to protect applicants from war, non-democratic regimes and other risks in their countries of origin.

Despite the commitments that stem from European and international law, this report presents evidence that the Greek authorities have violated the rule of law, deporting asylum seekers en masse from the country.