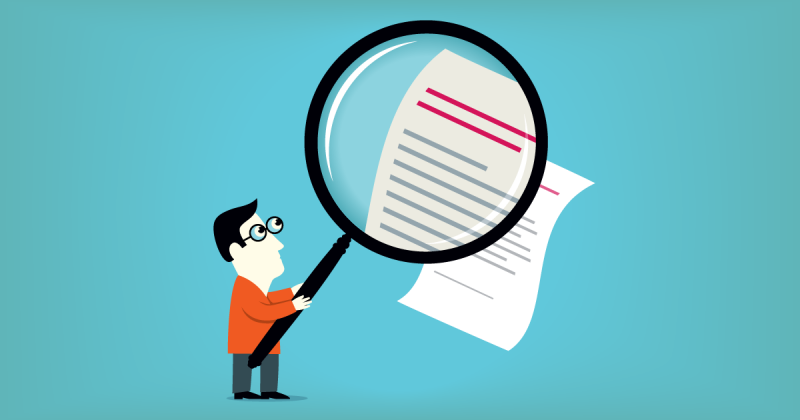 CIDA, the Committee responsible for investigating the asset declarations of politicians and the finances of political parties, publishes information that raises concerns about whether money in the political sphere is being effectively audited.

The Committee of Parliament for the Investigation of Declarations of Assets (CIDA) of Article 3A of law 3213/2003 is a special body which performs a dual role. It is one of the control bodies that verify the declarations of assets of politicians and judicial officials, while at the same time it is the body that audits the finances of political parties and MPs, according to the provisions of law 3023/2002. The operation of the Committee is regulated by its own Rules of Procedure, while it is worth noting that it is the only body that has the authority to audit money in politics.

It is already clear from these responsibilities (auditing the asset declarations of politicians, and political parties, etc.) how crucial the role of this Committee is, both in detecting and combating corruption, and in ensuring the necessary transparency in the critical area of ​​money in politics. For this reason, the Committee is required to publish reports on its work on the relevant website.

In accordance with paragraph 5 of Article 3A of law 3213/2003, the Committee is to submit an annual report of their activities in March of each year including the following information:  “the number of persons required to make a declaration, the number of persons who have made declarations, the measures taken for those who have not made a declaration and the results of the audits carried out in the performance of the committee’s duties.”

According to Article 21 of law 3023/2002, the Committee is also required to submit an annual report of its activities to the Parliamentary Committee of Institutions and Transparency and to the Ministers of Finance and the Interior. It also maintains an official website which is accessible to the public, where it publishes various information, including its annual reports and the findings of the audits it carries out. The Committee is required to regularly update this official website, making the data accessible to citizens.

By 11-12-2021, when this investigation was carried out, the Committee has published  a) an annual report of activities up to and including for the year 2020 and b) an annual report on the finances of political parties up to and including the year 2019. However, as can be seen from the relevant section of the Commission’s website, no ‘investigative audit findings’ have been posted. According to the report for the year 2020, it was not possible to regularly check the declarations for the years 2016 to 2019, nor for 2020, since the deadline for the submission of the declarations was extended to March 2021. The only investigations that were carried out consisted of 8 cases that were forwarded to the Committee for investigation by Public or Judicial Authorities, or after complaints from citizens.  These cases were filed, but no other information has been provided.

Report Extensions to the deadlines for the submission of asset declarations…

Report Removal of the obligation to lift banking secrecy for the…

The absence of the publication of the audit findings for the finances of the parties; the simple posting of data without further explanation (both in the context of the asset declarations and the finances of political parties); the lack of reference to the existence or results of investigative audits (especially in the case of asset declarations); delays in auditing and sometimes reporting (especially on party finances), as well as the extremely concise and ‘minimal’ nature of the reports are some of the factors that raise doubts as to whether or not the requirements of laws 3023/2002 and 3213/2003 are being met by the Committee, and whether or not political money is being effectively examined and audited.

The minimal content of the reports in itself could also raise doubts about whether or not an examination has been effectively carried out, as the reader cannot know which of the legal requirements were actually examined by the Committee, or under what terms.

The remarks made by Vouliwatch, a parliamentary monitoring organisation in previous years regarding the “problematic” mode of operation of this Committee (see, among others, 1, 2) seem to remain relevant in 2021.

Politicians’ asset declarations and transparency in party finances are important aspects of the fight against corruption. Ensuring full transparency in matters relating to political money through the publication of all relevant documents and audits and the existence of adequate scrutiny are an integral part of adherence to the rule of law. For this reason, suspicions of inadequate auditing processes and the shortcomings observed on the website of the Committee of Parliament for the Investigation of Declarations of Assets (CIDA) raise concerns. Thodoris Chondrogiannos 29 • 10 • 2019
Conflict of interests in the public sector & Revolving Doors
Report Revolving Doors: The case of Akis Skertsos
Support govwatch
DONATE
Sign up to Vouliwatch's newsletter
REGISTER
Sign up to our newsletter
Submit your report
Means of reporting *
SIGNED REPORT
Via Govwatch's form, where once crosschecked for their validity, they are published along with the name of the person that submitted them.
ANONYMOUS REPORT
Via GlobaLeaks, so as to secure the protection of the identity of the person submitting the report.
Submit your report
Thank you for your contribution!!
Govwatch's team will verify the validity of the submitted report along with its relevant documentation and may contact you for clarifications.
Back to homepage
Make a donation