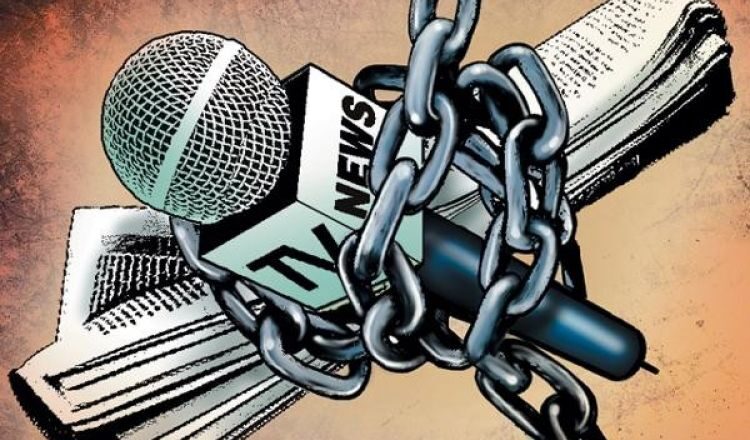 The director of a public hospital in Chios, Eleni Kantaraki, has initiated legal action against the journalist Ioannis Stevis for his reports concerning the management of the hospital’s public funds during the pandemic.

On September 28, 2022, the International Press Institute (IPI) highlighted the case of Ioannis Stevis, who is facing a legal attack by hospital director, Eleni Kantaraki.

Ms. Kantaraki is suing Mr. Stevis for the total sum of 200,000 euros for his reports concerning the hospital’s management of public money during the pandemic. The two libel lawsuits are claiming damages for alleged moral injury and are running concurrently at the Court of First Instance of Chios. In addition, Kantaraki has also filed a separate criminal complaint over the same reporting, which is subject to a preliminary investigation by a prosecutor, who will decide whether Stevis will face prosecution for libel under the Greek Penal Code.

The IPI described the case as “worrying” for press freedom in Greece. Journalists and media from Chios, as well as the Journalists’ Union of Athens Daily Newspapers have expressed their support for Mr. Stevis.

This lawsuit is situated within a wider problem with Greek legislation and the freedom of the press, as the country has not yet adopted specific legislation to protect members of civil society, organisations, media and journalists from Strategic Lawsuits against Participation of the Public, the so-called SLAPPs, which serve to intimidate critics through threat of financial ruin and time consuming legal administration.

Law 1178/81 regulates the basic legal framework of lawsuits against journalists and the media (Government Gazette AD187/16.7.1981 – On civil liability of the press and other provisions).  The Journalists’ Union of Athens Daily Newspapers has called for its repeal, arguing that the law has created the legal basis for a lawsuit industry whose sole purpose is to silence the press and journalists. These lawsuits, they state, are essentially aimed at obstructing investigative journalism and at threatening the financial survival of the media and journalists.

According to paragraph 1, Article 1 of law 1178/81, upon conviction the accused is obliged to pay full monetary compensation for material and non-material damages for a claim that affected the reputation and good name of a person provided that the claim was made with intent, fault or culpable ignorance by the author of the article or, if unknown, the publisher or the director of the media. According to paragraph 5, Article 1 of the same law, the wronged person must also, before filing a lawsuit, contact the author of the material in question, or if unknown, the publisher or editor, by written, extrajudicial summons, calling on them to print a retraction.

These provisions allow politicians, powerful individuals and large corporations to sue media outlets and journalists, demanding huge sums of money as compensation, which is not really aimed at compensating damages, but at intimidating reporters and the media. With its original provisions passed 40 years ago, this law does not contain provisions to protect against Strategic Lawsuits against Public Participation, so-called SLAPPs, which aim to intimidate and silence critical voices.

The failure to adopt an effective legal framework for dealing with SLAPP lawsuits effectively leaves the media, journalists and organisations vulnerable to abusive legal attacks by powerful politicians or large multinationals who have the financial means to litigate repeatedly against financially weaker media and journalists in order to silence them. This phenomenon ultimately harms the freedom of the press, which is protected by Article 14 of the Constitution.

As such, the state must take immediate measures to protect against these abusive legal attacks. In fact, the need to adopt such measures is supported by both the European Commission and the European Parliament. The Commission is currently preparing a proposal for a directive to “protect journalists and human rights defenders in strategic lawsuits against public participation (SLAPP).”

In November 2021, the European Parliament also voted in favour of a report calling for new rules within the EU, “to counteract the threat that Strategic Lawsuits Against Public Participation (SLAPPs) pose to journalists, NGOs and civil society in Europe.” SLAPPs, they say, are frivolous legal actions based on exaggerated and often abusive claims, aiming to intimidate and professionally discredit their targets, with the ultimate objective of blackmailing and silencing them. Among the measures proposed by the European Parliament is the establishment of rules on early dismissal by the courts so that abusive lawsuits can be stopped quickly based on objective criteria; the claimant should face sanctions if they fail to justify in what way their action is not abusive.

In a state that adheres to the rule of law, both individual rights and the freedom of the press are protected. Journalists have the right to practice their work freely and independently, without censorship or influence.

Article 14 of the Constitution guarantees the freedom of the press. Civil society and journalists call for the immediate adoption of measures to protect journalists, the media and members of civil society from abusive legal attacks against them, as advocated by the European Commission and the European Parliament.